Feature level dependencies are marked in "Red Color" if they are open and in Green "Color" once they are resolved.

On feature card, you will see the count of

To create a story to story dependency simply drag the card's top right corner and drop on the target story or click on the dependency icon to create a new dependency. 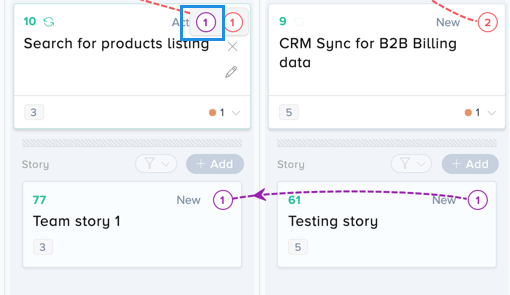 As an example , in the image above, there is a dependency between the story "77" and Story "61". It's shown in the purple color.

Story 77 is part of feature 10 and the purple color counter is shown for the story level dependency. In case of feature 10 has more stories and dependencies the count in the purple at the feature will increment accordingly.

When the feature cards are not expanded the purple line moves at the feature level to highlight there is a dependency at the story level, as shown in the example below.

The blue color of the dependency line at a story or feature level means that dependency is created in AzureDevOps and is only visualized at Kendis. It's not possible to edit this dependency or add "description" or status. 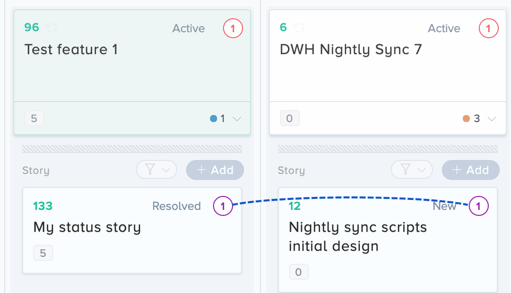