Description about the analytics section for tracking features progress

This widget shows the completion of the features worked by each team. The percentage is calculated based on the status of the feature. If a feature is worked on by multiple teams, it will be counted in each of the team's progress.

The color of the bars represents each team and their progress is marked by the completion of their feature. 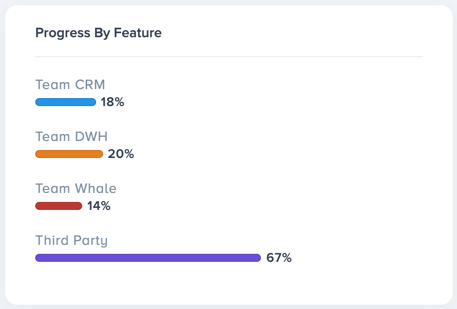 This widget shows the progress of teams based on the stories assigned to a team. Assignment to a team means the stories are in one of the team sprints at Kendis board.

There are 2 options to view the progress 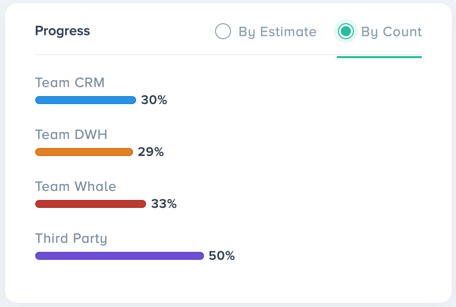 This is perhaps a bit thicker to understand but once it's clear how this widget works, you can get a better understanding of the feature completion by your teams. 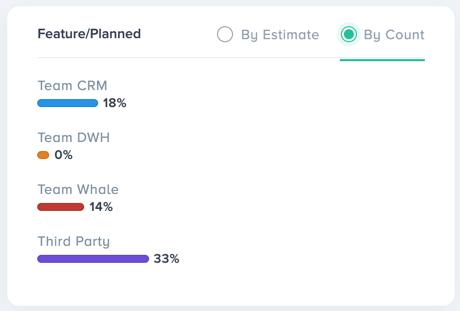 In the first 2 widgets, Progress by Features and Progress by Team stories, the percentage is based on either the feature status or story status.

However, in case a feature is being worked on by multiple teams, it's often challenging to understand whether a team is DONE with their part of the feature delivery or not. With this widget, we will provide you with this specific number.

Let's take an example of Team CRM, in the widget above, the percentage is shown as 18% completed.

Team CRM is working on 11 features and for 2 features they have completed ALL of the stories that were assigned to them, although the feature itself is still open and not completed.

For example, FEA-5 is still in progress, however, both of the stories assigned to Team CRM are in DONE category, so for the calculation purposes, Kendis will consider this feature FEA-5 as DONE and will count towards the 18% completion that is shown for this team. 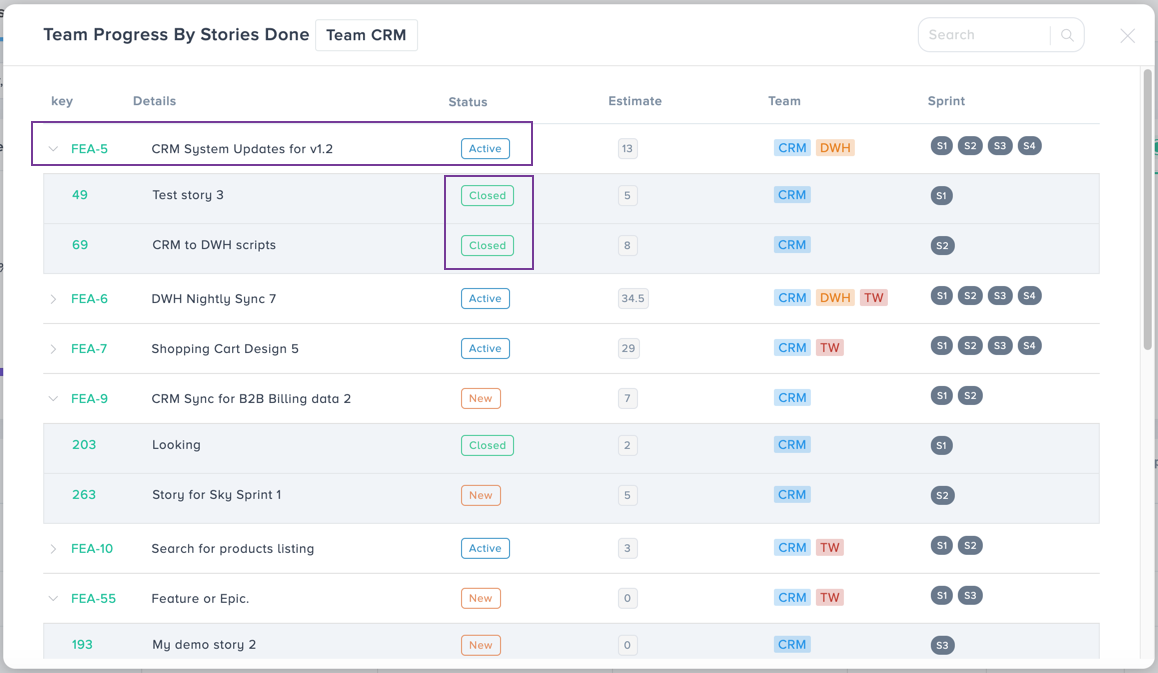 This table shows the important information about each team's planning.

Important: In this table, you can't click on the numbers to view the details. This may change in the future. All other areas and numbers in analytics is clickable to show the relevant information.

In this section, users can get a quick overview of individual team progress. It shows 4 bars for each sprint